The first on our speed-reading Fiction Feature was going to be Maplecroft, but because great minds think alike, Ms. Borden has already had a starring role on the Daily Dose, so we’ll leave her to her 81 whacks and move on to… Some variations on a theme. Or two.

Depressing Adventures in the Early & Life of Edgar Allan Poe!

No Halloween is complete without Edgar Allan Poe. His poems & stories have set generations of children (and adults) teeth on edge and sent us checking up on every squeaky floorboard in the house armed with a flashlight & our most intimidating teddy bears. So to honor the great scarer we’ve got a lineup of stories featuring the old favorite in some new adventures. These novels trace Mr. Poe’s life story from the early dreadful & macabre events of his childhood to the later dreadful & macabre events of his adulthood. Thanks to these intrepid authors we can finally understand the real reason for the nature of his work, because while we can blame “The Fall of the House of Usher” & even “The Pit & the Pendulum” on tuberculosis, something bigger has to be responsible for “Bernice!”
*fun fact: if you Google “Poe teeth” it knows you mean “Bernice”! (Or maybe it just hopes…)

The American Boy by Andrew Taylor

Interweaving real and fictional elements, The American Boy is a major new literary historical crime novel in the tradition of An Instance of the Fingerpost and Possession. England 1819: Thomas Shield, a new master at a school just outside London, is tutor to a young American boy and the boy’s sensitive best friend, Charles Frant. Drawn to Frant’s beautiful, unhappy mother, Thomas becomes caught up in her family’s twisted intrigues. Then a brutal crime is committed, with consequences that threaten to destroy Thomas and all that he has come to hold dear. Despite his efforts, Shield is caught up in a deadly tangle of sex, money, murder and lies — a tangle that grips him tighter even as he tries to escape from it. And what of the strange American child, at the heart of these macabre events, yet mysterious — what is the secret of the boy named Edgar Allen Poe?

The Blackest Bird by Joel Rose

In the sweltering New York City summer of 1841, Mary Rogers, a popular counter girl at a tobacco shop in Manhattan, is found brutally ravaged in the shallows of the Hudson River. John Colt, scion of the firearm fortune, beats his publisher to death with a hatchet. And young Irish gang leader Tommy Coleman is accused of killing his daughter, his wife, and his wife’s former lover. Charged with solving it all is High Constable Jacob Hays, the city’s first detective. At the end of a long and distinguished career, Hays’s investigation will ultimately span a decade, involving gang wars, grave robbers, and clues hidden in poems by the hopeless romantic and minstrel of the night: Edgar Allan Poe.

(Are you guys seeing a theme, here?) 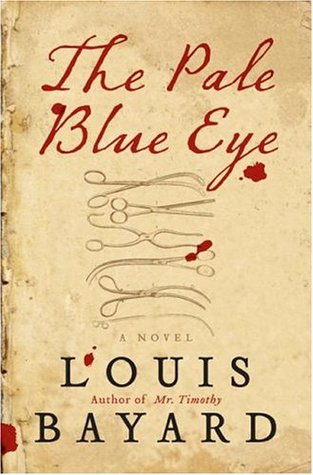 At West Point Academy in 1830, the calm of an October evening is shattered by the discovery of a young cadet’s body swinging from a rope just off the parade grounds. An apparent suicide is not unheard of in a harsh regimen like West Point’s, but the next morning, an even greater horror comes to light. Someone has stolen into the room where the body lay and removed the heart.
At a loss for answers and desperate to avoid any negative publicity, the Academy calls on the services of a local civilian, Augustus Landor, a former police detective who acquired some renown during his years in New York City before retiring to the Hudson Highlands for his health. Now a widower, and restless in his seclusion, Landor agrees to take on the case. As he questions the dead man’s acquaintances, he finds an eager assistant in a moody, intriguing young cadet with a penchant for drink, two volumes of poetry to his name, and a murky past that changes from telling to telling. The cadet’s name? Yup. Edgar Allan Poe.

Impressed with Poe’s astute powers of observation, Landor is convinced that the poet may prove useful—if he can stay sober long enough to put his keen reasoning skills to the task. Working in close contact, the two men—separated by years but alike in intelligence—develop a surprisingly deep rapport as their investigation takes them into a hidden world of secret societies, ritual sacrifices, and more bodies. Soon, however, the macabre murders and Landor’s own buried secrets threaten to tear the two men and their newly formed friendship apart.

A rich tapestry of fine prose and intricately detailed characters, The Pale Blue Eye transports readers into a labyrinth of the unknown that will leave them guessing until the very end.

“It Can’t Be!” With Arthur Conan Doyle

In our next set of Halloween adventures I bring you Arthur Conan Doyle! A far cry from the tidy investigations of his hero, it seems Dr. Doyle’s own criminaled past was full of mystery and mysticism. It would be too easy if the man who made a name with the scientific and logical was able to solve crimes with equal detachment- oh no, the Dr. Doyle of these tales is pitted against all manner of ghoulies & ghosties & creepies & crawlies as he valiently tries to save the day and prove that it all it all has a logical explanation. It does! All of it! Science can explain all of…oh dear what is that!?

On Christmas Day 1884, a desperate plea from a mysterious woman leads Arthur Conan Doyle—struggling physician, aspiring writer, and part-time demystifier of the occult—to a seance in London’s East End and into a fiendish and deadly trap. Stunned by a shocking display of black magic, Doyle witnesses a murder, nearly falling victim himself before being rescued by a secretive stranger: Jack Sparks, a man who claims to be special agent to Queen Victoria. He tells Doyle that he has been targeted by a diabolical coven of Satanists—the Dark Brotherhood.
As they track their attackers across the length and breadth of Britain, assailed by forces of darkness both human and supernatural, Conan Doyle and Sparks unmask a terrifying conspiracy that threatens not only the Crown but the very fabric of modern civilization. Their only clue: a list of seven names, the leaders of the Brotherhood.

Skeptical by nature and profession, Doyle labors to prove that the events he has witnessed—horrifying visions, zombies, ghouls, molecular alteration—are elaborate ruses with logical explanations. But if so, why? Simply because Doyle’s anti-occultist writings, never even published, have inadvertently exposed the Brotherhood’s intentions? Who is the elusive, seemingly superhuman mastermind behind the Seven? Most important, as Doyle continues to put his life in the hands of Jack Sparks, the question persists: Can Sparks be trusted?

While a young medical student at Edinburgh, Arthur Conan Doyle famously studied under the remarkable Dr Joseph Bell. Taking this as a starting point, David Pirie has woven a compelling thriller, which partners Bell and Doyle as pioneers in criminal investigation, exploring the strange underworld of violence and sexual hypocrisy running below the surface of the Victorian era. The Patient’s Eyes moves from Edinburgh and the strange circumstances surrounding Doyle’s meeting with the remarkable Joseph Bell to Southsea where he begins his first medical practice. There he is puzzled by the symptoms presented by Heather Grace, a sweet young woman whose parents have died tragically several years before. Heather has a strange eye complaint, but is also upset by visions of a phantom cyclist who vanishes as soon as he is followed. This enigma, however, is soon forgotten as Doyle finds himself embroiled in more threatening events – including the murder of a rich Spanish businessman – events that call for the intervention of the eminent Dr Bell. But despite coming to Doyle’s aid, perversely Dr Bell considers the murder of Senor Garcia a rather unimportant diversion from the far more sinister matter, which has brought him south: the matter of the patient’s eyes and the solitary cyclist…

And of course we’ve featured another Doyle-esque mystery here before! Vaughn Entwistle’s The Revenant of Thraxton Hall. You know what a revenant is, right? Vampires, people. Vampires.